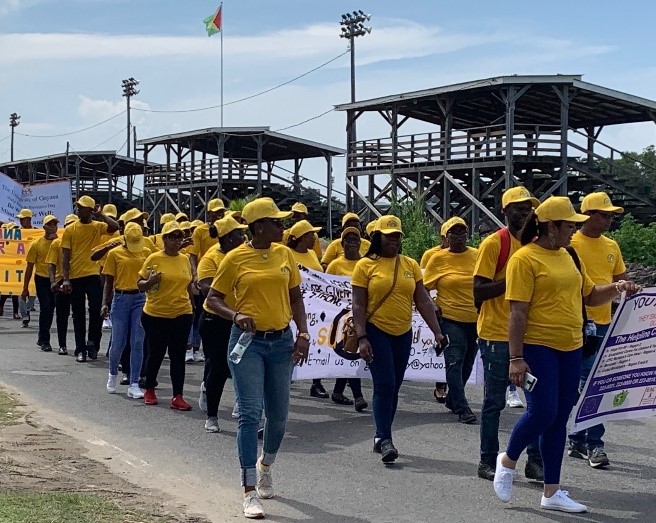 World Mental Health Day was first observed on 10 October 1992. At that time, globally, not only was mental illness commonly associated with social stigma, but it was often unhelpfully and sometimes dangerously elided with cognitive and developmental disabilities. In 1992, the authors of the ICD (the International Classification of Diseases, then just into its tenth edition) and the DSM (the Diagnostic and Statistical Manual of Mental Disorders, favoured in the United States, then awaiting its fourth edition) were beginning to understand that mental illness spans a range of multiaxial conditions that require nuanced clinical diagnoses. Both classification systems recognized that mental illness has an organic cause but is frequently exacerbated by environmental pressures.

World Mental Health Day, as it was conceived just over a quarter of a century ago, has been focused on raising consciousness about mental health and in ensuring mental illness is treated equally to physical disease. It has also provided a platform to urge governments to adopt policies that integrate individuals who have been or are being treated for mental health conditions into community life, rather than long-term hospitalization in often inadequate state or county facilities. At a time when Western nations, such as the United States, are witnessing more than 25% of its citizens being treated for diagnosable mental health conditions, and when a further 25% are likely to suffer from depression during the course of their lives, it is hard to know where to begin to deal with experiences that stem from multiple factors, some biological and others environmental.

The ICD was adopted in the Caribbean region as the official diagnostic manual by the Pan American Health Organization prior to the independence of many of its nation states. But, partly due to the colonial histories of the region, including a tense relationship with Western medicine, the topic of mental health has only emerged as a priority across the region in the last decade. During the 2010s, CARICOM governments and advocacy groups came to realize that heightened awareness is just part of the solution to what the World Health Organization (WHO) calls a “global health burden” that requires sustained funding, a robust healthcare infrastructure, and treatment courses that integrate drug interventions with person-centred therapy. In Guyana, where there are only 10 trained psychiatrists (3 of them newly graduated in autumn 2019) and limited hospital provision for mental health care (centred on Georgetown Public Hospital), and where mental, neurological and substance abuse disorders are prevalent among the nation’s prisoner population, this is a difficult task.

A starting point for the Guyanese government has been to increase funding for the Ministry of Public Health to ensure that its Mental Health Unit (formed in May 2016) has the physical infrastructure to identify, document, and consciousness-raise about mental health. Led by Dr Util Richmond-Thomas, the Mental Health Unit has used capital development funding (the mental health budget was $105 million Guyanese dollars in each of 2017 and 2018, compared to $17 million GYD in 2016, followed by $43 million GYD in 2019) to better integrate with social care services, to ensure that it is representative of Guyana’s rural regions, and to prioritise specific causes, such as the 2019 focus of World Mental Health Day on “Mental Health Promotion and Suicide Prevention”. This theme dovetailed with World Suicide Prevention Day, which had its own dedicated date a month earlier, on 10 September, organized by the International Association for Suicide Prevention in collaboration with WHO. While Dr Richmond-Thomas recognizes that only a coordinated effort will reduce the health burden of suicides in Guyana, numerous conversations during my two visits to Georgetown in April and September 2019 give me a sense of hope that the national health narrative is on the turn.

Self-harm and suicide rates in Guyana were one of the worst globally in 2017 and they have become a high priority for its Ministry of Public Health, set against the recognition that 79% of suicides occur in low- to middle-income countries (according to recent WHO statistics). Part of the solution is for citizens to feel that they can, without stigma or shame, ask for help in crisis situations, though social and gender coding means (as is the case in parts of the UK and US) that mental health challenges for men and boys often goes undetected until it reaches crisis point.

Another element of the solution is to try to reduce, if not eliminate, social isolation that many advocacy groups identify as the major cause of depression globally but is often a trigger for suicidal ideations. While no national healthcare or social services system is expansive enough to prevent all suicides, the fact that a high prevalence of cases occur in the rural regions of Guyana where access to health facilities is limited (particularly amongst farming communities, where a common means of suicide is the ingestion of agrochemicals), and that mental, neurological and substance abuse disorders are common in Guyana’s jails, are illustrations of the importance of such developments.

On World Suicide Prevention Day 2019, following a 500-person march through the streets of Georgetown, Util Richmond-Thomas delivered a powerful speech titled “Working Together to Prevent Suicides” at the National Cultural Centre, focusing on the complex interplay of factors that contribute to mental health challenges and the need for public-private partnerships to help promote anti-suicide messages. The statistics about the reduction in documented suicides in Guyana in 2018 are positive, reducing from 184 suicide-related deaths nationally in 2017 to 141 documented deaths from suicide in 2018 (according to Ministry of Public Health statistics) out of a population of 747,000. The success of reducing this prevalence was also evident in the awareness of the young Guyanese marchers on 10 September on their two-mile march through the streets of Georgetown. It was an uplifting experience for me, but I was left to wonder whether the message and resources are getting through to the 25% of Guyanese living in rural regions away from the Atlantic coastline.

Given that mental health challenges are part of the fabric of everyday life, only medical interventions via inpatient treatment or a course of prescribed drugs are easy to document and trace. Unless suicide has a clear cause it is also difficult to know if a more accessible health centre or more visible public health information in scattered communities or better job prospects would make a difference overall. The truth is that all these measures would help. As other countries have found, no single-step solution to tackling debilitating mental health conditions is likely to work in the long term, while drug interventions might only temporarily mask complex underlying issues.

There is a temptation to turn to faith for the answer to the despair that can sometimes leads to suicide. This faith can take lots of forms. It can be the faith of organized religion, which is particularly important for Guyana, a country in which 63% of its citizens (according to the 2012 Census) are Christian, 25% Hindu and 7% Muslim. It can be faith in a scripture or a faith in a community of believers, but it is important that it also a faith attuned to the complex socio-economic pressures that might sometimes strain against what these three great religions deem as right living. Or, on a secular level, it can be the faith that life goes on despite hardships, linked to the belief that all individuals can be agents of change, especially when they share and work collaboratively.

Reflecting on the 2019 Suicide Prevention Day March in Georgetown, I was particularly struck by a young University of Guyana student, Dwright Ward, studying in the Department of Communications, who proudly held the banner “You have the power to say this is not how my story will end!” I have looked at this photograph a number of times since that day – a bright young Guyanese student with a powerful message – and I have thought about both its cultural specificity and its transnational resonances because it puts into action the 2018 theme of “Young People and Mental Health in a Changing World”.

On that day of 10 September 2019, so many young Guyanese were willing to put hope and awareness over their studies and their work. This image offers hope for an open narrative that can help safeguard mental health, though it can never guarantee it. And the image offers a powerful symbol for a young nation that recognizes only a sustained, collaborative and multi-pronged approach will shift the dial on suicide prevention long term.

Martin Halliwell is Professor of American Studies and Head of the School of Arts, University of Leicester, UK. All photographs taken by the author.